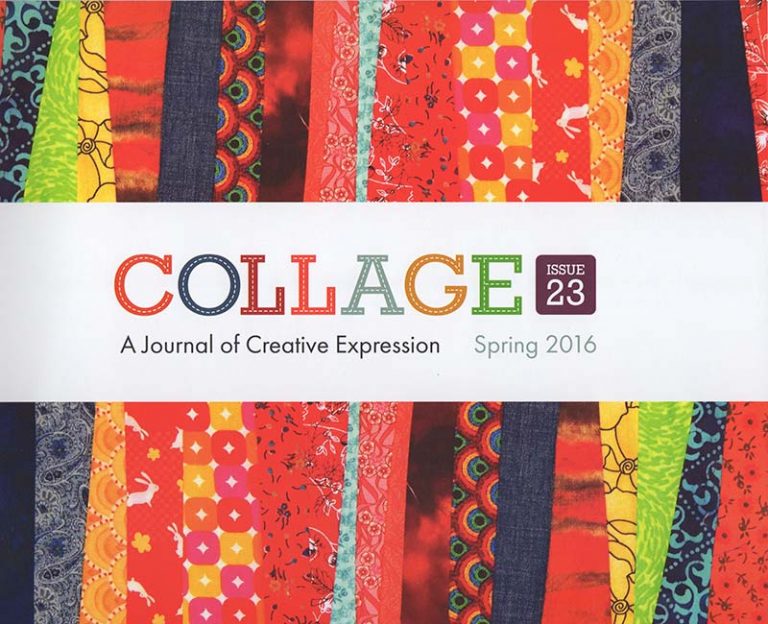 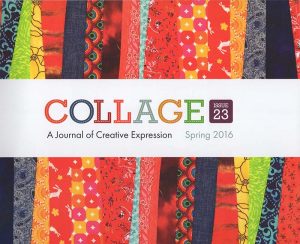 Collage: A Journal of Creative Expression is a semi-annual publication published by MTSU’s University Honors College. The award-winning publication features literary works such as essays, fiction, non-fiction, poetry and song lyrics as well as visual submissions in photography, art, and fashion. Students’ works are submitted blindly (no name attached) and selected by the University Honors College committee.

I was excited to learn that my song “The Ghost of James Bell” was selected for publication. Recently, I got a chance to perform the song acoustically at the 2016 Collage Celebration. I want to offer my humble gratitude to the University Honors College committee for this opportunity. 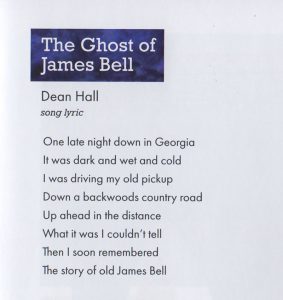 “The Ghost of James Bell” is one of my most requested songs, and this honor is especially requiting because a famous hillbilly songwriter once told me that the song wasn’t any good. Justice will be done!

The Ghost of James Bell