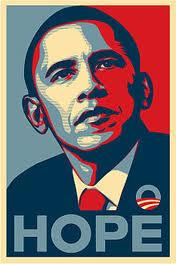 Vote Today for Some Hope and Change

“Politics is a profession; a serious, complicated and, in its true sense, a noble one.” — Dwight D. Eisenhower

It’s easy to be cynical about politics, which is evident in Eisenhower’s statement whereas he must have felt the need to qualify a term normally indicative of virtue and high ethical standards—divine rights of kings and aristocracy notwithstanding. Nobility, in the true sense? Utopia, perhaps? But make no mistake: politics is complicated and, most of all, serious, whether we like the process or not.

The “complicated” part, for some, is choosing which issues to vote and which candidate is most likely to support their position or positions. Taxation, some could argue, is a zero-sum game. Oliver Wendell Holmes said taxes are the price we pay for a civilized society. I believe Holmes is correct. Thankfully, we have the luxury in this country, thanks to a godless constitution and secular government, to voice our opinions.

For me, the choice is easy. I vote for the candidate that is more likely to support equality and fairness for ALL Americans. I’m not saying the choice is always perfect, but I truly believe Romney and many in the current Republican party are on the wrong side of history. Do we really need to have a discussion on why we should hold conservative views (contextual and proper) on fairness and equality? What part of discrimination and subjugation do we need to conserve? Rand Paul from Kentucky made an effort to explain why we need to repeal parts of the Civil Rights Act of 1964 on the Rachel Maddow show, to no avail. As you can see, most of these arguments are thinly veiled  greed, bigotry and racism masquerading as patriotism. 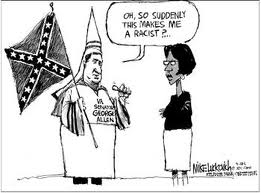 This country has a long history of inequality and discrimination, and it’s still prevalent today. Just flip on any cable news network and witness the new poll-tax in Ohio and Florida, which is substantiated and calculated by the number of hours one has to stand in line simply to vote. This is maddening.

Americans deserve equality and fairness, regardless of their race, gender, nationality, sexual orientation, and religious or non-religious beliefs. Your vote can and will make a difference.

If you think that taxation is theft, Obama is the anti-Christ, or want birth-at-all-costs then you have probably wasted several minutes of your time reading this far. But if you wish to stand on the right side of history, take a look below at Obama’s accomplishments (posted by permission by the Daily Kos), and vote your conscience. Help stop the insanity. Then we can talk about reducing the national debt.

President Obama Improved the Economy and Reduced the Debt

8.    Wall Street Reform ref ref ref
9.    Leaned on the banks to recover almost all “bailout money” with interest ref ref
10.    Saved the world from global financial collapse ref ref
11.    Ordered 65 executives who took bailout money to cut their own pay until they paid back all bailout money. ref

34.    Ended the war in Iraq ref
35.    Established a date for transferring Afghanistan fighting to Afghanis. ref
36.    Toppled Gadhafi without an American casualty  ref
37.    Fired the first salvo of the Arab Spring with his address in Cairo no less ref
38.    Has the Arab League watching Syria ref
39.    Presided over democratic revolutions in Tunisia, Egypt, Libya, and Bahrain
40.    Helped to restore America’s reputation around the world as a global leader that does the “right thing” in world affairs, at least according to the rest of the world.  ref   ref
41.    On his second day in office, he signed a detailed Executive Order that banned torture, reversed all  Bush torture policies, and put the United States in compliance with the Geneva Convention.  ref  ref
42.    Three new trade agreements ref

43.    Increased veterans/benefits every year  ref  ref
44.    Along with Congressional Democrats, not only reauthorized families of fallen soldiers to be able to visit when the body arrives at Dover AFB, but also provided funding for it. Ended the media blackout on coverage of the return of fallen soldiers.  ref ref
45.    Signed the Democratic-sponsored Post-9/11 GI Bill, also known as GI Bill 2.0  ref

46.    Invested in college students: 1) by repeatedly increased funding for student financial aid, and at the same time cut the banks completely out of the process. ref ref ref 2) by reforming student loan program, to make it possible for students to refinance at a lower rate. ref  and 3) by overseeing an expansion of the Pell Grants program, to expand opportunity for low income students to go to college. ref
47.    Invested in primary education:  Through the American Recovery and Reinvestment Act , invested heavily in elementary, secondary and post-secondary education. ref
48.    Oversaw major expansion of broadband availability in K-12 schools nationwide ref
49.    Oversaw major expansion in school construction. ref
50.    Also through the American Recovery and Reinvestment Act, he put $5 billion into early education, including Head Start. ref

President Obama Protected What We Eat, Drink and Breathe.

51.    Strengthened environmental protection via new laws and policies. ref ref ref ref refref ref.
52.    Fast-tracked regulations to dramatically increase fuel efficiency standards ref ref
53.    Strengthened the bond between clean energy and commerce by overseeing establishment of an Energy Partnership for the Americas, to create more markets for American-made biofuels and green energy technologies. ref  Oversaw the creation of an initiative that converts old factories and manufacturing centers into new clean technology centers. ref
54.    Pushed through a tax credit to help people buy plug-in hybrid cars.  ref
55.    Obama EPA reversed a Bush-era decision to allow the largest mountaintop removal project in US history.  ref
56.    Turned America toward native sources of renewal energy Ordered energy plants to prepare to produce at least 15% of all energy through renewable resources like wind and solar, by 2021. ref (As you can see, Republicans are trying hard to kill it.)
57.    Created a program to develop renewable energy projects on the waters of our Outer Continental Shelf that will produce electricity from wind, wave, and ocean currents.  ref
58.    Bypassed Republican opposition in Congress and ordered EPA to begin regulating and measuring carbon emissions. ref
59.    Oversaw doubling federal spending on clean energy research. ref
60.    Reengaged in the climate change and greenhouse gas emissions agreements talks, and proposed one himself. He also addressed the U.N. Climate Change Conference, officially reversing the Bush era stance that climate change was a “hoax.” ref ref ref