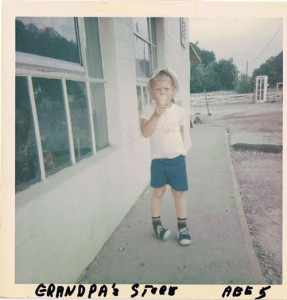 For me, growing up in Eastern Kentucky during the 60s is just about what one could imagine it would be: dang near perfect. With its rolling hills, creeks, ponds, trails, caves, and endless summers, Kentucky offered any young man, with a sense of adventure and a .22 rifle slung over his shoulder, a childhood that only could be described as Lincolnesque. Memories could be made, just for the asking. But growing up wasn’t without its bumps and bruises. I invite you come along with me on a year that I thought would never end—and not in a good way. The short story is entitled The Bus Stops Here.