Every once in a hillbilly moon, someone asks me if I’m that Dean Hall, the son of country music singer Tom T. Hall. 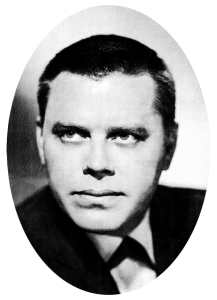 “Yes,” I reply, “But I put in to be a [insert some other country music singer’s family name]” or something like that. I usually quip something to that effect, just to let them know I don’t take my music heritage too seriously. So unless someone asks, I never mention it. I like meeting and engaging with people under the semblance of my actual persona and not some preconception of a  country music singer’s kid—especially living in Nashville. If this seems odd, I’ll explain why.

I grew up in Kentucky with a single mother and was deep into playing and writing music before I ever heard of Tom T. Hall.

My mother’s name was Opal Inez McKinney. We lived in a quaint town in eastern 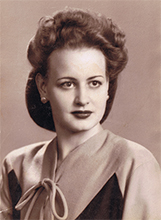 Kentucky, Grayson, where she was affectionately known as “Hootie.” My mother was strikingly beautiful, a talented artist, and a hard worker.

Tom was fresh out of the army and returned to his hometown of Olive Hill, Kentucky, looking for work. My mother and grandfather jointly owned and ran a restaurant and entertainment center in Morehead, Kentucky, which was roughly thirty miles from Grayson and around twenty from Olive Hill. Tom, ten years her junior, met my mother there, and they started dating. They were married on February 16, 1961. After a dispute over restaurant ownership with my mother and grandfather, Tom left town. I was born Dean Todd Hall four months later that same year.

Grandfather McKinney ran the Morehead business for a while longer, but it eventually closed. My mother moved home to Grayson to raise me and manage the family-owned trailer park. My grandparents’ house sat on the corner of that same property. That’s where I grew up—in an Appalachian trailer park.

Man of the House

As an only child, I had it made: I had the run of the place. I don’t think my mom ever dated again; if she did, I never knew it. I loved the fact that there was just the two of us because I was the man of the house. What kid doesn’t want to that freedom and responsibility? That’s where I got my independent nature—I think for myself.

My mom taught me how to play drums when I was three. I had a tiny drum kit augmented with spare pots and pans from my 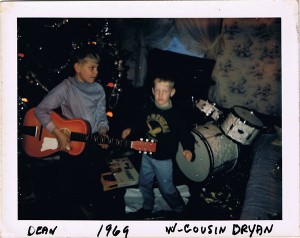 grandmother’s kitchen. When I was six, she bought me an acoustic guitar and a Mel Bay chord book. Learning a book full of chords was an arduous task for a six-year-old, but luckily I discovered my inspiration in a B.B King LP, which one of the tenants left behind. I would search around on my acoustic guitar until I found the signature B.B. King note up on the neck and play along. When the song was over, I’d hold my finger on the note so I wouldn’t lose my place and start the record player over again. That’s how I started playing the blues.

My songwriting muse was sparked by another left-behind trailer park gem: a 78 RPM single of Johnny Cash’s A Boy Named Sue. Shel Silverstein’s vivid lyrics and Cash’s penetrating delivery painted a permanent portrait in my mind’s eye. Imbued with an interest in blues and songwriting, I’ll never forget the moment I heard Jimi 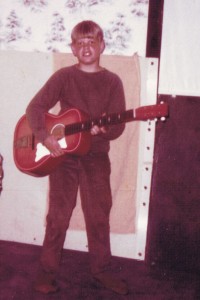 Hendrix’s Purple Haze on the radio. That’s the moment when I knew what I wanted to do with my life before I even learned of my musical heritage.

One evening at a school talent contest, one of my classmates sang Harper Valley PTA. During the performance, a teacher leaned over and asked me if I knew that the writer of that song was my father. That’s the day I discovered that my father
was a songwriter. It didn’t quite sink in at that moment because I had bigger things to worry about—I was up next, performing an original composition on my guitar. The year was 1971.

“This bus ain’t gonna unload itself.” That’s what my father’s road manager would say to me every morning on the road. In the early 80s, unloading road gear was my first major professional show business job. It wasn’t glorious, but I was in show business. A traveling hillbilly circus of sorts—riding a 40-foot tour bus through the middle of the night and waking up in some new city or town, grabbing a quick breakfast and a shower, and head over with the crew to set up gear. Compared to my two years of college fading in the rear view mirror, this was exciting stuff. In every new town, I would think so this is where Route 60 out of Grayson, Kentucky, leads.

Then I got lucky. After a few years, the guitar player quit or got fired, and I was offered the lead guitar position. That’s where I learned to play country music—listening to how stellar session musicians and producer Jerry Kennedy intertwined musical hooks and fills in between and around the lyrics my father’s story songs. It was quite the education, not too far removed from the blues I’d learned in Kentucky, a matter of degree rather than kind, like polished bastard musical children wrought from the American South’s folk traditions. Oh, and that bus still didn’t unload itself.

Working in my father’s band was great, but there was one thing that always hung over my head like a chicken-rustling horse thief at the foot of the gallows: nepotism. Although I could play every song backward and forward in my sleep, appearance is reality. The appearance of nepotism impinged upon my independent nature. I had been playing blues gigs with members of Bobby Bare’s band, Pullybone, in between road dates. One day Bare’s guitar player left the band, and his road manager and bass player at the time, Ken Smith, offered me the job. I didn’t hesitate. I learned all of Bare’s songs, many of them penned by Shel Silverstein and several written by my father. Pretty high cotton, indeed. Bare would usually let Ken and me sing a couple of blues songs in the middle of his show, joining in with us on a chorus of “Mustang Sally.” I never regretted the move, although I probably could have explained my motivation to my father a little more clearly at the time. I eventually formed my own blues band and got a chance to play with many talented artists along the way, nepotism notwithstanding.

My mother never remarried, and she died after a long bout with cancer on March 10, 1985, two days before her 59th birthday. Her loving and undying support will never be forgotten. She’s right there with me in every note I play.

These days, my father and I often hang out at his farm outside of Nashville. We mostly talk about poetry, philosophy, religion, or songwriting—you know: the easy stuff. Oh, and how we found all those roads eventually lead back home.